Day 2. Mount Batur, located in Kintamani, 2 hours from Denpasar, and yes by motorcycle. It has beautiful lake called Batur Lake..It took only about 2-3 hours climbing it, but we relaxed and took pics wherever it is because of the good view. And also, it’s a lil bit thrilling you know, we climbed through unusual path, which is climbing through the rocky side on the mountain ridge, and it’s totally steep. in some point we really need to
climb. And here is the first time my legs were shaking because of frightened. It’s like when you look down, and if you take wrong step and slip down, you will fall directly..wuu scary.. Here are the pics of Mount Batur. 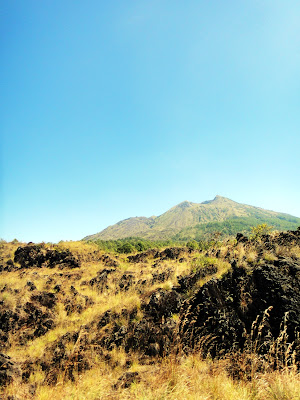 day 3. Kerthagosa, Ubud, and Kuta..Kertha Gosa is a building of Jurisdiction in form of Bale for the king who announces the legislation, jurisdiction and penalization located in Klungkung regency (source:google)
We need to pay 15k i think, but we came too late and it’s almost closed. so we only walked around for a short time. Then we went to Ubud, well, there’s ritual called Ngaben, and I heard that the caste of that person is high. You know right in Bali there’re some castes like Anak agung, gusti, etc. And we ended up our day with partying in Kuta yuhuuu !! There’re cser gathering every wednesday in sky garden, and yes, we run the night ! =). So if you’re tourist, you’ll get free entrance and drink, but if you’re local you need to pay 50k. my cs friend suggested me to pretend as tourists, he asked me to talk in chinese, so yaa..i’m a lil bit nervous but then i tried, and got another free entrance and free drink,,too bad i didnt pretend at the beginning so i paid 50k =p


Day 4. Mount Agung. We started to hike from Pura Pasar Agung. It’s 4-5 hours from the base camp till the summit. Dimas and I rode motorbike to Pasar Agung. Again, I dont know why Dimas, who stayed for long time in Bali still can get lost..And also he’s making me crazy cause I needed to wait him. First plan is we departed at 5 p.m, camped there, and went for summit attack on 2 or 3..but then, he suddenly disappeared. I didnt know where he’s going..He didnt show up until around 7 p.m. So we decided to went there on the middle of night.

First track was jungle, then before the summit, it’s all rocky. Same as Batur, It’s scary cause you need to climb..Then, after went down from Agung, we went to Pura Besakih. Mother of Temple in Bali 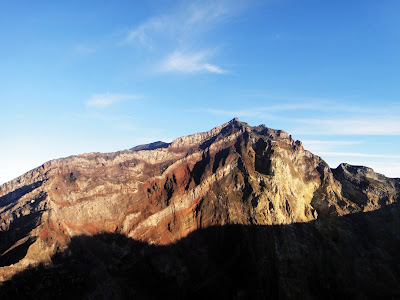 Well, I visited Sanur because it’s the closest beach with my place. I didnt really interested to visit another beach because,, ya all beach in Bali is pretty same. I ate lumpia in Sanur, and it’s very unique you know, with another gorengan such as tahu and tempe, but what makes it different is the sauce..yummy delicous ! Then we went to GWK. This place really shows the culture of Bali. There are some performances such as Kecak dance, music, etc. And you can get free tattoo as well..I think this is the most worthy place. Just pay for 25k, you can watch kecak..not like in Tanah Lot or other places that offered 60k to watch Kecak