Selayar Island Regency is located in the most southern part of South Sulawesi. It is the only regency among 24 other South Sulawesi regencies which is separated from the main island. The capital city of Selayar Islands Regency is called Benteng, a small quiet city where you can barely see any cars. Only motorbikes, rickshaw, or bicycles can be seen in this town. Selayar Island, in fact, is the gate to the third largest atoll in the world, named Takabonerate National Park.

I had an opportunity to join an annual event held by the ministry of tourism in promoting Selayar Islands Regency and Takabonerate National Park. This year, in 2013, the fifth Takabonerate Expedition has been held on November 2013, also celebrating the 408th regency’s birthday, precisely fall in 29th November. The event covered main activities such as fishing tournament, diving, land tour, culture show, culinary, photography competition, etc. All activities are held in Benteng, moreover it is free (transportation, oxygen tank, food). But there is one absurd thing happened here, according to the name which is Takabonerate Island Expedition, in reality, there was no schedule or activity done in Takabonerate. Diving is allocated in the east coast of Selayar, same thing happened to fam tour (land tour+marine tour for non-divers) was only visiting places in Selayar. As the result, many participants are unsatisfied because the main reason they joined this event is to visit Takabonerate National Park.

As a non-diver, I decided to join fam tour, so did the other 100 people I think, mostly are photographers. First day was land tour by bus prepared by the committee visiting some objects which I personally thought not too interesting. Some objects such as traditional market and fishermen village are common in every islands in Indonesia. The only places I thought unique and worth to be visited are:

Located 7 kilometers from Benteng, this old village has a unique wooden-house structure where the stilt especially at the backside is higher than the front side. Due to the hilly ground surface, the backside pole can reach up to 12 meters while the front pole is only 1-2 meters high. The house was made with hight quality woods and can last for hundred year. Locals believe that the height of the pole has correlation with the villagers age where the elders could reach the age of 90. 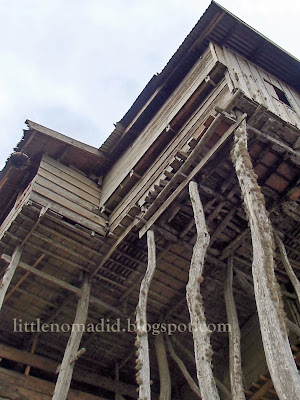 Based on archeological data, this ancient heritage came from the center of bronze kingdom in the II BC. From what my guide had told me, the drum was found by a farmer when his hoe hit something hard. This giant drum has four frogs carving and a sun in the center as the symbol of prosperity. Nekara Drum was protected from generation to generation and it was missing before and was found back and now it is kept in a proper place. 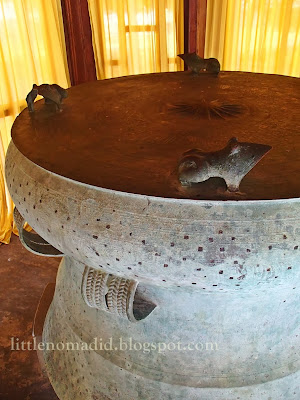 To end the first day, the bus took us to a beach on the west coast to see a turtle conservation also releasing baby turtle to the sea. Traditional dancers entertained us and the first day was finished. Second day was marine tour. We had a small fishermen boat, they called it as jailoro, fit to 6-8 persons. We headed to Gusung Island after passing mangrove forest. Some kids had been waiting for us, standing with Indonesian traditional fabric named “Sarong” and a “peci” embellish their head. Next, we walked down the village to see the process of making copra.

Beside fishing, villagers of Gusung Island make copra, the dried meat of coconut which then processed to extract the coconut oil. The coconut shell is remove, broke up, and dried using the sun. After walking around the village with hot sunny day, our stomach started to yell asking for food. The committee had prepared delicious meals for us, smoked fish, typical food in island. Again, we were entertained by a group of dancers combined with melodious music, so fun. Next, we watched local games played by the kids in the village, and also tree climbing competition, not played by the kids this time, but adults. You have to see how they climbed the coconut tree so fast within only a minute! 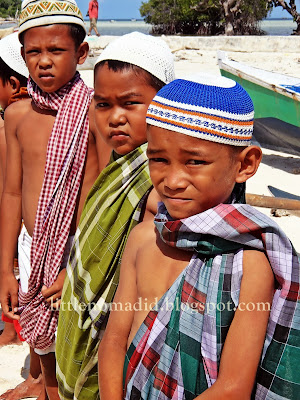 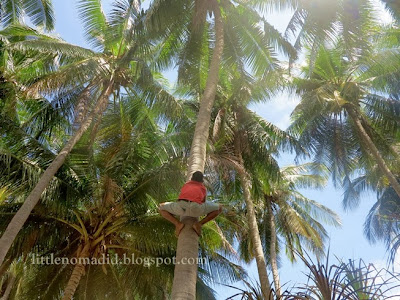 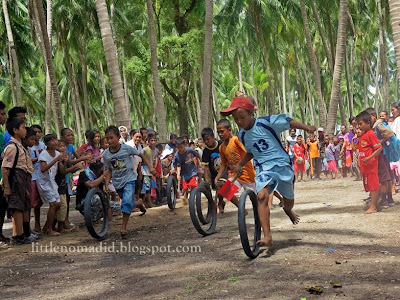 Done with all activities in Gusung Island, we continued to a famous spot name Liang Kareta. It took around one and a half hours to get there. It was just a small beach, not so clean at that time, and not as pretty as what I saw in google image. That 2 hours tiring journey plus our boisterous sound of the jailoro’s machine was not worthy for me. No snorkeling spot available in front of the beach. We had to go to further spot to see the corals. There was only one type of coral, the staghorn coral. That was the last destination, Fam Tour was officially done. Wait, not yet! There were some friends waiting for the photo competition. Congratulations for the winner!

Indonesia
Getting to Togean Islands and Travel Information

Indonesia
Top 10 Things to Do in Togean Islands