Among all the places in Vietnam that I traveled to, other than Dalat, a serene yet captivating mountain town up northwest of Vietnam named Sapa is the only place that, at least I fell in love with. Situated in Lao Cai Province, 380 km northwest of Hanoi, Sapa is famous with its rugged scenery, rice terraces, and the people. 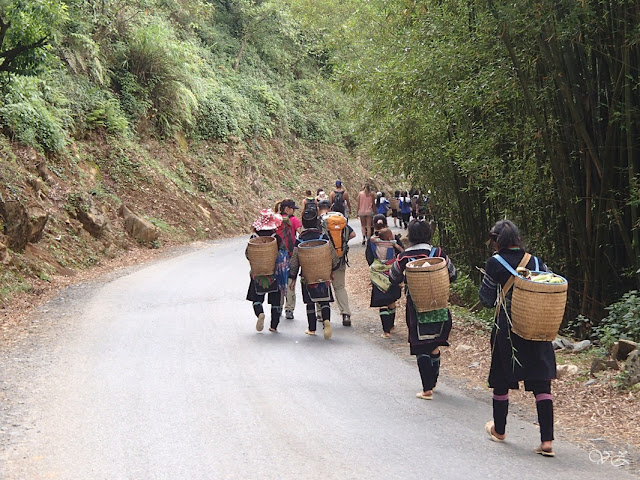 After spending one night from Hanoi on a sleeper bus, finally I arrived in this beautiful small town, Sapa. It was early morning and the temperature was chill enough. Meanwhile waiting for the tour to start, I cleaned myself and had a breakfast in a small hotel where I was directed to. An hour later, our guide showed up, a young girl dressed in a black cloth. She’s a Hmong. With her decent English skill, she greeted us and explained about Sapa and the tribe living there.

I was in a group of five people. We followed our guide along the main road. Then some Hmong ladies with a basket on their back followed us. They were going back to the village as well, that’s what I thought until later I found out they were trying to sell souvenirs. They tried to mingle with the tourists, being very nice, seriously I didn’t feel anything suspicious. I thought they were excited, meet up with strangers, cause they live in this nowhere heaven, and curious about the different world out there. In the end, they try to sell something, which I could understand, they had to make money. I bought three bracelets for one dollar, I knew it wasn’t much, but when ten sellers approached me and pushed me to buy. In this point I felt miserably uncomfortable. 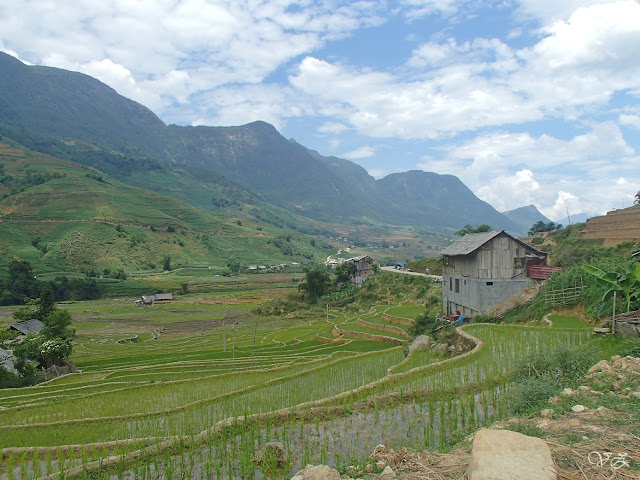 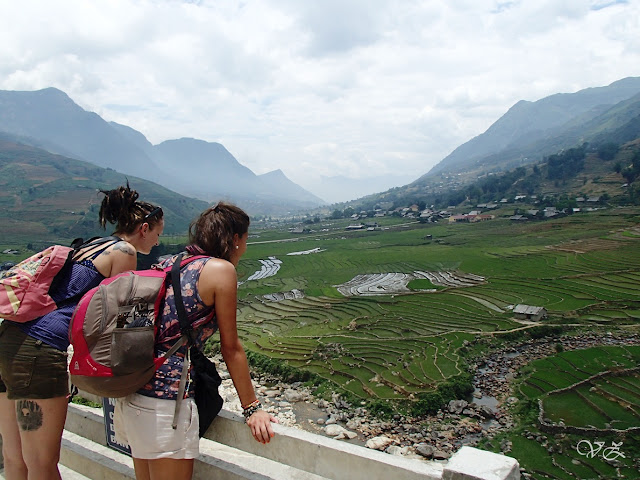 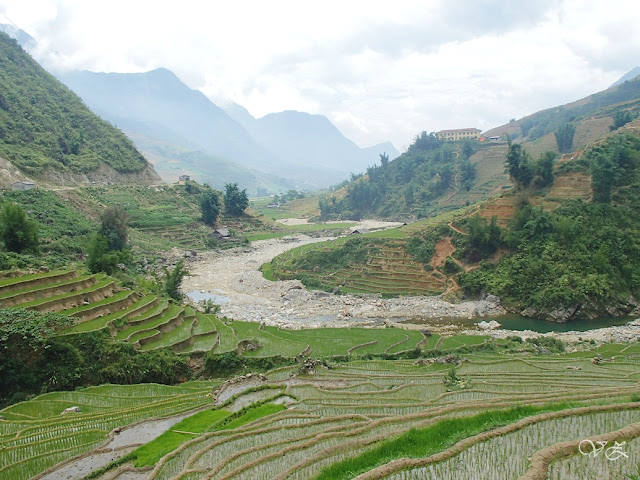 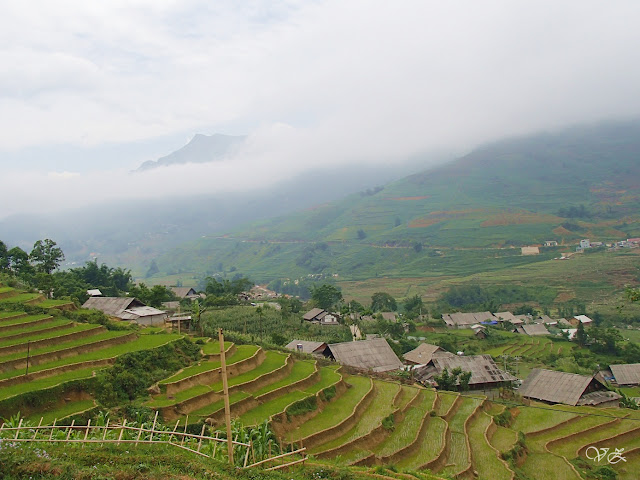 There are mainly 5 ethnic groups in Sapa: Hmong, Dao, Tay, Giay, and a small number of Xa Pho. Majority are Hmong. Hmong Tribe was originally came from yellow river region in China. There was a massive migration by Hmong People in 18th century due to armed conflict. The Hmong spread across mountainous regions in China, Vietnam, Laos, and Thailand. The Hmong in Sapa itself is divided in several subgroups such as Black Hmong and Red Hmong.

The people of Sapa rely on agriculture. They have been very poor even by Vietnam’s rural standard. Thanks to some NGOs who improve social development by giving opportunities such as volunteer program, and programs to increase awareness from tourism sector. 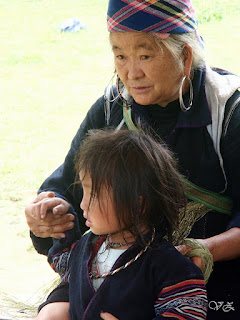 To be honest, I regret myself taking a tour due to limited time. I would rather rent a motorbike and ride to the villages cause when I did the trekking tour, mostly I walked on the main road which was accessible by motorbike. But, it was good experience for me, spending a night in local house, and cooked by local Hmong. I’ll surely want to go back to Sapa. 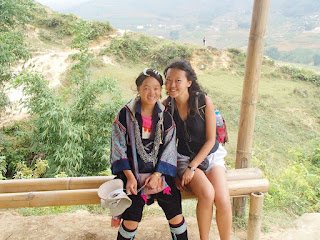 Vietnam
Traveling in Vietnam: From Ho Chi Minh to Hanoi