Takabonerate Archipelago lays in the southern peninsula of Sulawesi Island, Indonesia. In 2002, Takabonerate was entitled as a national park. What makes it so special is the size of atoll reefs in Takabonerate with the area of 220,000 ha which makes it become the third largest atoll in the word after Kwajifein atoll in Marshall Islands, and Maldives atoll in Suvadiva.
In total, there are 21 islands in Takabonerate National Park. Some islands are inhabitant, some are still virgin islands. Takabonerate is administratively a part of Selayar Regency in South Sulawesi Province. Surely, the level of marine biodiversity is high, a paradise for divers. Species such as turtles, jackfish, humphead wrasse can be found here. Tinabo, as the island to manage everything especially in controlling all activities in national park.

I always think twice to go Takabonerate because the access is not easy plus the trip to Takabonerate is expensive, but God helped me. After joining Takabonerate Island Expedition from the ministry of tourism, they actually conducted an extra trip to Takabonerate. But this trip was not really published so not many people know about this trip. Only 2 other guys and me going to Takabonerate. We gathered in Takabonerate National Park Office in Benteng, Selayar at 5 a.m. then riding car to Patumbukan Harbor, around 1 hour from Benteng. It was raining at that time, we still need to take 4 hours boat to Tinabo Island. I was concerned about the wave. Out trip leader, Hendra divided us to two boats. The group of placemen and important people in a bigger boat, and my group with a bunch of teens in smaller boat. The machine was so loud yet the wave hit our boat, shaking the boat about 45 degrees. To prevent seasick, I just went to sleep.

Finally, we reached Tinabo Island. First thing I did was definitely jumping to the sea. Corals were not that good but the fish, oh my god. It’s just too awesome ! It’s like kingdom of fishes. School of small fishes until big fishes swimming rolling in the sea. This jaw-dropping scene was just unbelievable. I spotted 4-5 baby blacktip sharks swimming in the shallow area, other 5 giant clams stayed quiet, totally amazing. 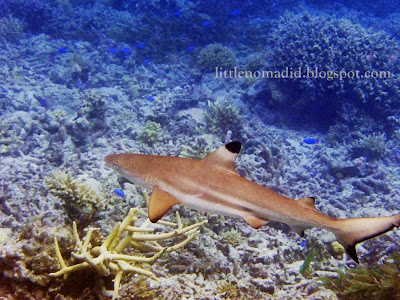 The next day we went to a small island named Tarupa Kecil and did snorkeling. There are hundreds of diving spots in Takabonerate. Some favorite spots are Latondu, Jinato, Tinanja, and around Tinabo Island. In Tarupa Kecil, the sea bed was full of corals. Fishes were not as big as in front of Tinabo peer but the corals were like huge garden inside the sea. Lucky us, a sperm whale appeared to the surface, my first time seeing a whale. 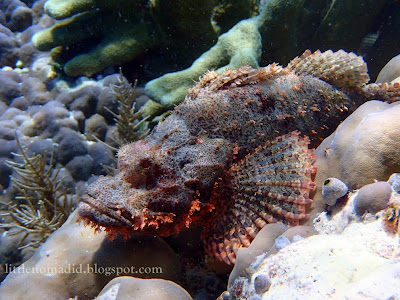 What I appreciate from Takabonerate National Park, they really protect the marine life. Although some spots were destroyed by bombing, the national park encouraged the people to protect Takabonerate. They conducted annual competition for the village such as the cleanest village, the most well-cared corals, programs to educate the people inside the national park, together protecting the richness of the sea.

-Best month to visit Takabonerate is around April-May and August-November. Avoid going in June-July.

-The gate to Takabonerate National Park is from Selayar. Click this for transportation to Selayar

-Bear in mind not to harm the corals with your fin. If you’re not really good in swimming, better to swim with your life vest in the deeper area so you won’t kick the corals.

-Join Takabonerate Island Expedition, annually held in November so you can go to Takabonerate with small amount of money. I joined in 30 Nov-1 Dec 2013 and paid only Rp 350,000 all in from Selayar.

Indonesia
Getting to Togean Islands and Travel Information

Indonesia
Top 10 Things to Do in Togean Islands